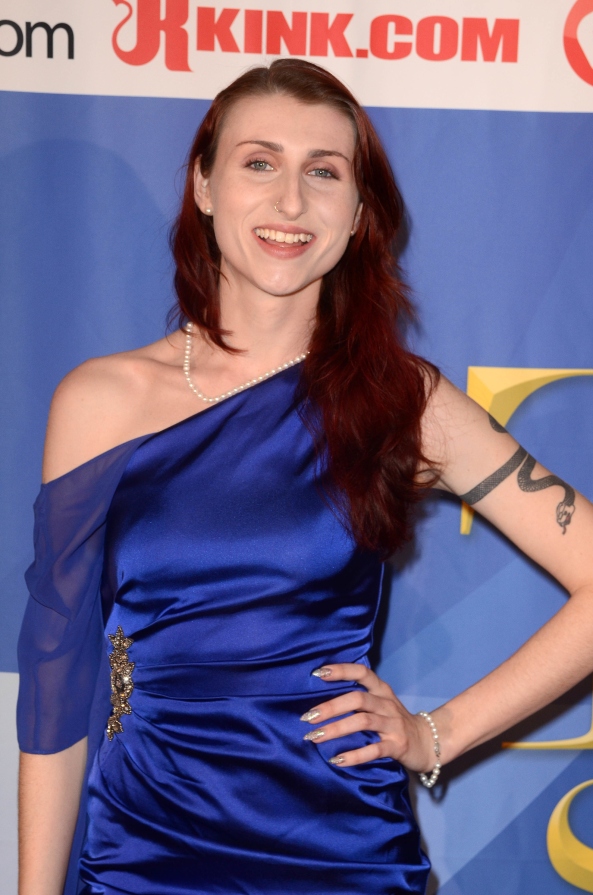 TransEthics: When you first came out as transgender, how did your friends and family react?

Jelena Vermilion: When I first came out as Trans, my folks and family were decently accepting. They all had their own biases and preconceptions about trans people, so obviously it wasn’t perfect. I can say they’ve tried to learn and understand those things. I also think that given who I was growing up, they sort of expected something like it, given my nature.

I was a pretty interesting kid… I played with dolls, read books, built things, destroyed things, did puzzles, watched Sailor Moon, etc… Without giving too much credence to the binary, I was deemed pretty “feminine” growing up by mainstream cis standards. I was very sensitive. I cried a lot growing up, and I always seemed to get picked on. I imagine my parents thought I would be gay before they thought I would be a girl.

TE: When it comes to bullying, do you think things have gotten better or worse (in general) compared to what you experienced when growing up?

JV: That’s a great question… I imagine it has either remained comparable to what I experienced growing up, or at the very least, it’s just become more clandestine. Kids will whisper or use social engineering to torment, more than just name-calling or fisticuffs. I do think there is a lot more awareness – especially around youth and sexuality, gender, etc., that the educators are a bit more prepared, but of course they are also only human. Social media has also changed the bullying game. I do believe this added factor and youths’ tech savviness allows for different types of bullying that myself or previous generations wouldn’t have been subjected to.

TE: Have you experienced any cyber-bullying since coming out?

JV: Since coming out… Plenty! I actually feel as if most of it is online, now. I have the luxury of being an adult and being able to go about my day-to-day without much of a spectacle – unless I make one. So in that sense, I feel more safe than I did as a youth. But my image, my persona isn’t censored online, and more information can be inferred via social media than ever before. So yes, I’ve definitely faced cyber bullying, as well.

TE: Psychology tells us all kinds of things about why some people are bullies, but why is it you think trans people – specifically trans women – are targets for so many kinds of bullies?

JV: We embody an energy that threatens the status quo. Even in youth, even if we were fearful, the honour and the blessing of being trans and having the inner wisdom that we do seems to threaten our peers. Yes, tribalism is a factor, as it is with most Human dealings. I can only speak to my experience of bullying, but most of my bullies were boys. I also imagine misogyny has a large part in these nuanced interactions.

TE: One argument of cyber-bullying towards trans people is that we’re somehow “mentally ill”. How do you respond to this?

JV: My response to people who actually think that is: “Why the fuck are you bullying people with mental illnesses, to begin with?? Not to mention that Gender Identity even being in the DSM is still a contentious topic and while some argue it’s necessary for the appropriate health coverage(s) and insurance… I think ultimately – even if trans people were mentally ill – [people] should not be hateful to us. That’s no excuse. Maybe that’s why some of us have comorbid mental illnesses… who would have thought?”

TE: It’s true that being trans (in and of itself) is not a mental illness, but many of us do suffer from them. Why do you think that is?

JV: I think that the collective misunderstanding of trans people and their struggles – and therefore the mistreatment they face – cumulatively causes us more and more problems. We as a demographic are quite misunderstood and feared, even! All of this bad juju affects us, I believe, much more than laws, bodies, and words do individually.

I think it is worth being said that trans youth, in my opinion, are much more policed by family members’ and their opinions on what we should wear, how we should act, even what occupation we should have, far beyond that which a cis youth would face.

TE: What do you think we as a society can do to destigmatize people with mental health issues?

JV: Normalization! Talking about it!!! Make it known, talk about it, bring the issues into the light; We as a society avoid a lot more than we analyse or ponder things, and I think that is an inherent flaw we as humans need to surmount in order to help make the world a healthier and safer place for all! Obviously mental health funding and our institutional resources would need to be improved, but I do believe visibility and open discussions about the hard topics are incredibly effective.

TE: Let’s address the difficult topic of relationships and trans people. How has being trans influenced the way you look for a partner?

JV: In almost every way imaginable!!! I don’t enjoy meeting people organically anymore, because those interactions seem to follow very similar paths with regard to my disclosing my being trans: poorly. I prefer online dating insofar that I can put up all the details that would otherwise not be mentioned right away, and hope that if the person reads it, they won’t waste my time if we’re not compatible.

Being trans and the stigma surrounding it has made me lose a lot of confidence. I do a good job of putting up a glamorous image, but honestly I’ve not had many good experiences with partners in my personal life, so it can be frustrating and disheartening. It’s influenced me in the way that I always feel I must disclose, and I always feel like it’s an obstacle, not just another fact about me.

TE: What do you think are some of the causes of the stigma surrounding trans people?

JV: Hmmmm…  People just aren’t damn kind enough. And we as humans always seem to be about defining something as absolute, when really we each carry so many more nuanced stories and experiences that make us who we are individually. I think this need to define things, our myopic vision, has led us and continues to lead us to choose to be less understanding, and less willing to learn. This is broad, but also this penchant to always classify something within a binary. This too, is damaging.

TE: What advice would you give to trans women regarding the dating scenes?

JV: I would advise them to stay true to themselves… Always focus on your individual happiness, and trust your instincts. I think most women are susceptible to mistreatment from masculine folks, but trans women are even more-so.

TE: Why is there so much internalized pressure to disclose one’s trans status right away when dating?

JV: There’s this false concept that trans people are “pretending” to be the gender they identify and/or present as. I imagine that rhetoric started because many cis people feel entitled to know, and due to their own biases/disgust towards trans people, they normalized this via violence if a trans person’s status was revealed, say, during coitus. Many heterosexual men have taken trans women’s mere existence as a slight to their ego or their identity [which is] often steeped in transphobia and internalized homophobia.

TE: How does being in sex work effect how you go about finding a relationship?

JV: I think it just compounds the obstacles! There’s also a ton of stigma regarding sex work, even in cis communities. Being a trans sex worker is like a double-whammy. As far as how it affects my seeking a relationship… I feel similarly marked. I don’t resent my sex work. I resent the society that treats sex workers the way that they do. It’s definitely a difficult terrain to navigate.

TE: How do you respond to those who would say that sex work is “unethical”?

Generally speaking I point out their hypocrisy, as a lot of that attitude comes from the main Johns in the industry: cisgender men. I believe fundamentally that sex work is not unethical, and so I bring that to whatever discourse I’m having.

TE: How did you get started in sex work?

JV:  I had been interested in sex work and the concept for years. In 2013 I became homeless and so I took it up as a method of survival. When I got back on my feet, I continued as I had felt more empowered and less financially stressed. I was working as an escort for the first time in 2013, and I was scouted by a Grooby producer from Toronto via my escorting ads.

TE: Why do you find sex work empowering?

JV: It allows me to present myself in the way that I wish to, I can work a schedule that is better suited to my needs, and I have more ability to take care of myself than if I am working a conventional job.

TE: Just one more question: Do you think the Sex Work Industry should be unionized?

JV: I honestly don’t think I can get into depth with this answer because I could do with learning more about unions in general and their history – but yes, I believe it could be unionized successfully… As far as ‘should‘? I’m not sure!

TE: Thanks for spending time with us today.

JV: Thank you SO much for having me!! It was my honour.