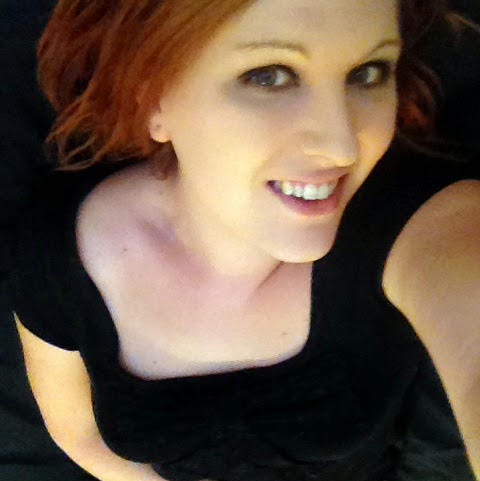 Trans Ethics: How long have you been camming?

Leah Lockhart: I actually don’t cam all that much anymore, but I started in April or May of 2014. I am very new to all of this. (hehe)

TE: You just do photo shoots then?

LL: That’s something I can’t quite put my finger on, but I think it has to do with a combination of things.  First: My growing sense of self-awareness, confidence, and what makes me happy. [That’s] the most important part.

Second: I’ve known I’m a very sexual person for several years now, and a couple years ago, I started working for an erotica publisher, and that experience allowed me to sort of open up, explore what I like, and kind of be in that sexy mindset a lot more often. I definitely got to discover some personal kinks.

TE: Do you think being a trans woman complicates finding more “traditional” work?

LL: Absolutely. I’ve gone to job interviews in downtown San Francisco —a place that most people think of as very liberal and open-minded— where the interviewer clearly had no idea what to do with me because I’m trans. Forget all the normal anxiety and nerves that accompany an interview… when the interviewer themselves is clearly flustered and is judging you because you’re trans, then you can absolutely forget about landing the position you’re applying for.

And phone interviews are even worse. I’m a very confident person when it comes to my appearance, but I tend to be self-conscious about my voice. So if someone wants a phone interview, I pretty much automatically know I’m not going to get the job, because whoever I’m talking to is probably going to misgender me. It is incredibly disheartening and frustrating.

TE: Why do you think the job market seems to be so closed-minded where trans women are concerned?

LL: That is honestly a question that I haven’t put much thought into. Thank you for asking me. The reason I haven’t thought about it much until now is because I think I’ve only ever considered it from a reactionary standpoint… a very emotional, personal standpoint. I’ve spent a lot of time [stewing] and reassuring myself that just because I don’t get hired for something, that doesn’t mean I did anything wrong, and that’s not a reflection on who I am as a human being and as a woman.

I think a large part of why so many employers can be so closed-minded toward trans women has a lot to do with the fact that trans women –up until the 21st century– have been quite invisible. And all of us, invisible or no, get all these stereotypes slapped on us. In film especially, trans women still have to deal with the perception that we’re either one of two extremes: We’re sex objects, or we’re utterly repulsive. We’re either portrayed as weirdly alluring, or the butt of a very stupid, beaten-to-death joke. But I do think that as more of us put ourselves out there, as our visibility as a population goes up, things will change. And things are changing.

Just a month or two ago, I outed myself to a colleague at one of my jobs, and the first words out of his mouth were “What was your name before you transitioned?” I told him because I really don’t give a shit. I don’t think he realized at all that [his asking] was potentially a massive insult. Most people tend to react toward trans women with fear or curiosity. Some bypass that and are just insanely turned on by us! But, that speaks to another common way we’re perceived: We’re so often fetishized.

TE: Why do you think the fetishization of trans women is so common and pervasive?

LL: We ARE alluring because we’re perceived as exotic or unfamiliar. If you throw people’s personal sense of their own sexual identities on top of that, and the fact that getting off to a trans person might make them question that a little bit, it just all adds up to something sort of “forbidden,” and very alluring. Hah, which is extremely ironic, because I’m just some dorky girl who loves to bum around in her PJs and play video games.

I get so many messages from guys that basically amount to “I’m a straight guy, BUT oh my god I would fuck the hell out of you, I think you’re beautiful.”  I’m like, “Dude. Have you looked at me? I’m a very feminine, attractive woman. I’m pretty sure your sexual identity is intact.” (Laughter)

TE: Do you feel you had nowhere else to go other than the sex industry because you are trans?

LL: No, but I feel like it’s an excellent opportunity that arose at a good time in my life, and I’m trying to take advantage of it as much as I can. I could have kept bashing my face into the wall, trying to claw my way into the legal field or whatever else, barely scraping by and doing something I hated. But I chose to take a risk, put myself out there, and focus on doing what I love. I’m still barely scraping by, but at least I love my work, and I’ve got my fingers crossed that it gets a bit more lucrative soon.

TE: What are some of your personal kinks?

LL: Ohhhh fuck, this is a fun one. (laughter)

I’m very submissive. I love being spanked, having my hair pulled, [being] dominated. I love it when my partner(s) takes charge and tells me what to do. I love being put on display. That’s one fetish that camming taught me I have… being put on display —being watched— makes me so fucking wet. As one of my longtime fans is fond of saying, I “was made for the collar, not the ring.” Right now I think my biggest fetish is to get strapped to a St. Andrew’s cross or a table at a party and basically used as a centerpiece.

TE: How do you respond to people who say sex work should be abolished?

LL: I feel like that attitude comes from a misguided perspective that sex workers need some sort of protection, or that we need to be regulated because we’re somehow immoral. I would gently tell them to check their sense of morality. Sex isn’t wrong. It’s part of being human. There is absolutely nothing illegitimate about getting paid for companionship or for providing sex as part of that companionship. I want to stress that: There is nothing wrong with sex between consenting adults. It’s not immoral. It’s human.

It happens all around us, and so many people stick their noses up in the air and try to act like it’s all taboo out of some sense of personal superiority. Personal superiority, a lack of confidence, and fear of the unknown is where that attitude comes from. And if they still want to have a stick up their ass about it and say that sex, or paying for sex, is somehow wrong, I would tell them to be realistic. It’s been happening since the dawn of humanity. And until we all upload our consciousnesses into robot brains and achieve the singularity (laughter), we all still have physical bodies with very real needs. To demonize sex —and especially sex workers— is to deny a big part of your own humanity. Not only that, but it hurts the millions of people around the world and in the U.S. who have to rely on sex to keep their families fed and the heat on in their apartments. It’s a very short-sighted, self-centered attitude.

TE: How does it make you feel when you hear about people who turn to sex work out of desperation, rather than a legitimate desire to do sex work?

LL: It makes me sad, first of all. I don’t think anyone should ever be forced into something they don’t want to do,especially [if it involves] sex. Anytime you introduce coercion or desperation into a sexual situation, that’s not good. But more than all that, I firmly believe that those people who turn to sex work out of desperation haven’t failed, rather we, as a society, have failed them. We’ve failed to love enough… to take care of each other… to work to ensure that everyone has their needs met.

Especially in the San Francisco Bay Area, a person can’t just walk in somewhere and get a job —even with constant internet, telephone, and mail access, looking for work often takes months of searching and hundreds of resumes sent out. Finding work is often a full-time job in and of itself. And someone who doesn’t have internet access, or money to buy newspapers to look at classified ads, or a phone to call potential employers…what are they supposed to do?

Shit, even jobs in the food industry in this city are insanely competitive. I’ve looked at countless waitressing jobs where I didn’t even get into the fucking applicant pool because restaurants require their employees to have years of experience waiting tables, hosting, bartending, etc. either in San Francisco or in other cities, we are talking about restaurants wanting 2-3 years of experience before you can even apply to WAIT TABLES. Work is so difficult to find now.

Even for those lucky enough to find work, so many jobs barely pay a wage high enough to survive on. So many employers do whatever they can to scam their workers out of as much money as possible –particularly employers who play the internship game. In pretty much all of those situations, interning may as well amount to uncompensated indentured servitude. You’ll have places who don’t pay their interns for six months or more, and what do the interns get out of it? Not a single dime, but a reference on their resume. The ever-elusive “Experience”, and this —all of this— is a massive failure of society, and of how people should be taking care of one another, but aren’t.

[I find myself asking] do I mail out yet another resume to Wendy’s and most likely never hear back, or do I sell my ass at the club for an easy $500 in a single night? It’s not a difficult decision when you really think about it.

TE: If you could tell society one thing that would improve the lives of trans women, what would it be?