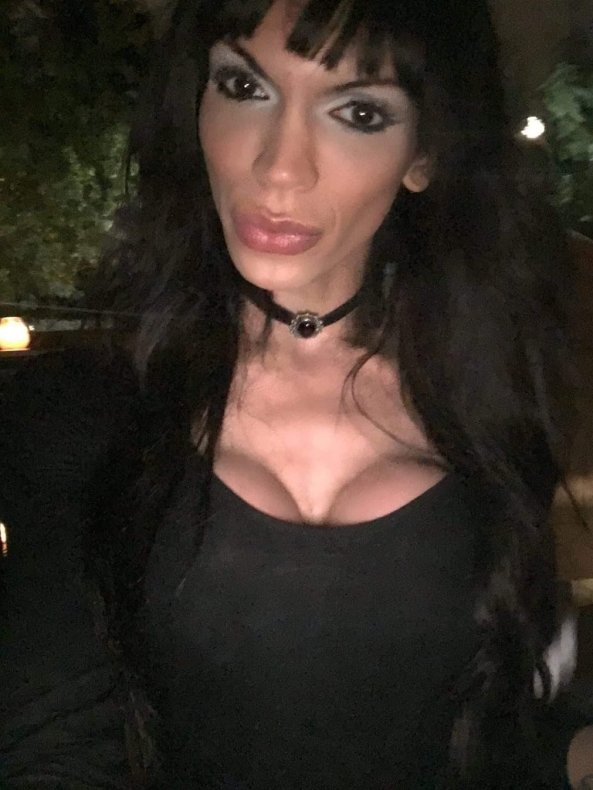 The word ‘Transsexual’ will often evoke judgemental thoughts of porn, prostitution and perversion. To the wife of the average blue collared male –who found out about me– we are nothing more than a breed of drug addicted, filthy pole smokers.
As a little boy I dreamt of high fashion, haute couture and designer heels. I would sit in mummy’s walk-in, prancing around in her olive-green, Karen Millen, Mary-Janes. imagining a life where my lofty gait on a catwalk in Milan would wow crowds of onlookers. The sound of the front door slamming shut would indicate that mum was home and the dream would disintegrate from my grasp as my strut turned to a sprint out of her room.
I grew up with a mother whose time-warped values were stuck in the 1940’s and a father with a string of affairs that made Hugh Hefner look like the epitome of monogamy, so my conception of relationships and sex were in a sense forced upon me. I would watch my sisters get brainwashed into believing that sex was a privilege of marriage whilst I was coached to fuck anything with a pulse. The complexity in this delightful charade of happy families came when I started associating myself as female. I was raised a boy but saw myself as a girl being taken under the wing of her philandering father who taught me that sleeping around was more important than fidelity.
So now, as a transsexual woman, should my perception of a healthy sex life have changed? To become more accepted as a woman should I set aside my promiscuous money-making ways in search for ‘the one’? In my world there were plenty of men only too eager to experiment with me and being of this unique gender it’s one of the easiest ways to ensure financial stability when society in many ways will not.
The ideal pattern is for a woman to meet, date, marry, and mother which leaves me wondering why living a life of debauchery is the only basis of society’s negative view on transsexuals. It is hard to rationalise that argument when the most conservative elements of our society now seem to have been aware of a number of high-profile paedophiles abusing children and did nothing to stop it and even went as far as facilitating it in some cases, where as I, a Transsexual woman who has sex with people who are only too willing, is labelled as a pervert. Maybe to change the way we are perceived we need to change the way we live, but I see myself as a businesswoman benefiting from giving men what their spouses can’t (or won’t).
It’s no myth that the greatest way to blow your guy’s mind is through his prostate but not many women want to brave that area. Its dirty, its complicated and to most cis(gender) women it’s just plain weird! That’s where transsexual escorts step in. Female dominatrices have been doing the same for years. We’re simply cashing in on a niche market of sexually curious men.
See, there’s this gross misconception that if a man likes to have his bum played with, that he must gay. If this were true… it would put me out of business! They want the ultimate fantasy and we provide the illusion of perfection. Everything a cis woman offers and the one thing she doesn’t.
A straight man doesn’t want to sneak off to bend over for a burly furry bear in the dark room of a gay club. He wants to feel like he’s engaging in a sexual encounter with a woman, except on this occasion it’s a woman with that bit extra. This way he is satisfying his visual AND his sexual needs.
I always say; ‘My dick is my career!’ What I do for men is purely professional. Contrary to the stigma attached to transsexual escorts; Trans women are not interested in tearing families apart. Nor do we want mid-week small talk and we definitely won’t call when we need help with a fuse box. I mean, would that barista you paid to make you coffee call you for a chat? We don’t do this because we lack social skills or crave male attention, we’re making the most our assets.
To be a great escort you have to be able to completely disassociate sex from emotion. And because of this my friends often ask me ‘If you want to be a woman why don’t you stop escorting?’ I don’t remember that scene in pretty woman where Julia Roberts was revealed to have a penis. Escorting as a transsexual doesn’t make me any less of a woman. 80,000 escorts in Britain are cisgender females and I don’t see consensually selling sex for money as taking away from their womanhood.
The truth is I don’t escort because it’s all I CAN do. I do it because I’ve made a career out of doing something I love in the most lucrative way.
follow Jazmine on Twitter