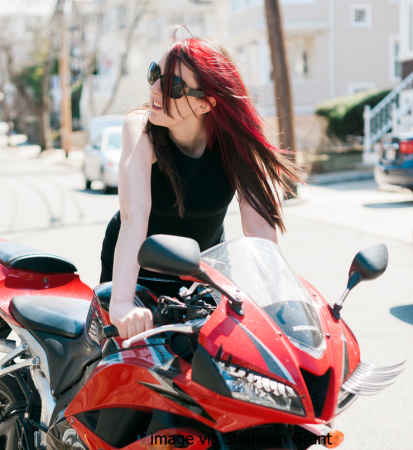 TransEthics: How long have you been in Game-related journalism?

Briana Wu: A lot of people don’t know this about me, but my background is in journalism, specifically investigative journalism. But most of my work was in in crime and local reporting. I do write game related op-eds as part of my job these days, but I see myself as more of a developer than a journalist.

I think if you look at who has the power to change the industry in historic terms, game journalists don’t have as much as developers. Yes, they get to communicate about their tastes to a wide audience, but ultimately they are commenting on other people’s work. To me, the act of creating is much more interesting than commenting.

I do spend a lot of time writing industry pieces on the way women and other marginalized groups are treated, because it’s something that simply as to change. I don’t think that makes me a journalist, though – I’m more of an industry figure commenting on our working conditions.

TE: When it comes to how women and other marginalized groups are treated by hard-core gamers, why do you think they get treated so poorly?

BW: I think it’s multifactorial. Over on the developer side, our industry attracts a lot of men with Peter Pan syndrome. I was over at the Twitch offices recently, and it’s a giant room filled with toys on every desk. Comic book figures, memes stapled to the wall. There’s not anything wrong with loving those things, but there are a lot of people working here that never moved past being a teenager emotionally.

It’s also an industry with extremely sexist working conditions – and the men that work here are hellbent to not think about it or change anything. A really good example – recently, a scandal came out for the Game Awards where only 1 judge in 52 was a woman. I won’t tell you which major game studio, but I had a thoroughly unpleasant conversation with a lead developer defending this. It’s a blatantly sexist situation, and the guy with a lot of influence felt very strongly about defending it.

Women and other marginalized groups run into that ANY time we try to make a change. It’s a mix of extreme privilege and immaturity.

That unhealthy culture has been filtering into the game industry for over 30 years. We’ve essentially been telling straight, white, cisgender men that this is their space. Women are represented as oversexualized damsels in distress, black people barely exist, and in the handful of cases with a transgender character in a game – it’s always portrayed as a joke.

The toxic players are simply responding to the environment the men in our field have created for them. It’s a great system for white, cisgender men, and a terrible system for the rest of us.

TE: Why do you think trans people are seen as a joke in the gaming community?

The portrayal of transgender women in GTA is deplorable. I have exactly one professional run in with Rockstar. As I was crossing the street at GDC, our industry’s most important professional conference, a woman in a bikini was standing in the street, freezing, handing out flyers to a recruitment party for the GTA team. That’s what their team sees as a good way to recruit professionals to their team.

Is it any wonder that transgender people are seen as a punchline with a team like that?

You see characters like Bridget, which are a very clumsy attempt by cisgender people to include transgender people – and it’s filled with inaccurate, harmful stereotypes. It’s not often that a creative decision can lead to someone getting killed, but I think that’s exactly the message the game industry sends transgender people. “You have no societal value outside of your sexual worth to cisgender men.” It’s a message that a lot of transgender gamers doubtlessly internalize, feeding into the epidemic suicide rates.

BW: Psychologically, a lot of transgender people don’t feel comfortable with themselves starting at puberty especially, so they spend time in a virtual world instead. I have never met a transgender person under 40 that isn’t extremely into video games. It’s a substantial population of gamers, which is why it’s so important to treat them better.

I also think a lot of cisgender people simply don’t understand just how many transgender people are in software development. Google, Apple, Autodesk, Valve, you name a big tech company – and there are going to be a lot of transgender people there. It’s why these transphobic working conditions simply must change.

TE: The dynamic that exists seems quite entrenched. How would you go about beginning the change to be more inclusive?

BW: That’s really the question, right? Unfortunately, I can’t think of a way forward that doesn’t involve getting most of the white, straight, cisgender men here to think about their privilege and grow up a bit. And that’s why the last few years have been so stressful, because they like things exactly the way they are. Why wouldn’t they?

That’s on the professional side. As far as the actual consumers? I don’t know how you even begin to change gaming culture. You’re dealing with a large population of Peter Pans that genuinely think the biggest problem in the world is someone might laugh at them for being a gamer. For 30 years, the game industry has told them this is their space and catered to their every adolescent whim – and the rest of us are paying that price. With every female protagonist, with every small effort at inclusion – they feel their culture is being taken away.

I don’t know what else you can do but stand up for what you believe. It’s got to change. I often am contacted by teenage girls, some of them transgender – and they tell me about their dreams of working in this industry. I just can’t accept that they’ll have the same shitshow we deal with now. We’ve got to make it better for them by making it better for us.

TE: You are actively promoting this necessary change. Is this why you’ve been harassed by the people who call themselves “Gamergate”?

BW: It’s certainly part of it. Gamergate is just the fringe extreme of gamer culture. The truth is, I’m a pretty visible woman in a very small field. I think they see the changes I’m advocating, and it scares them. They see the industry changing and they know they will lose, though they can’t admit it to themselves.

I hope we’ll get and chance to talk about Gamergate and what they’ve done to transgender women.

TE: What have they done to trans women?

BW: It’s absolutely unconscionable. There are so many reasons Gamergate is a hate group, but they’re also one of the most transphobic movements operating today. They maliciously slander and out transgender people, an act that could literally lead to someone getting murdered.

It frustrates me to see feminist figures speaking on behalf of transgender people, while simultaneously pushing them out of the spotlight. Feminism has a lot of work to do on letting transgender people speak for themselves. Just in the last week, I’ve talked to three different transgender victims of Gamergate, people that have had their lives ruined. It’s absolutely unconscionable.

If there’s any good that’s come out of this, it’s that Gamergate’s behavior has been so terrible I’ve been able to talk to most of the major tech companies about their policies on people outing transgender people against their will. In fact, there’s probably nothing I’m prouder of in the last year than getting these user policies updated. Expect to see more announcements in 2016 that specifically do not allow transgender people to be targeted on major tech platforms.

TE: I certainly look forward to that. How do you think cisgender people can be better allies to trans people, bot in and out of gaming?

BW: Cisgender people desperately need to educate themselves. There needs to be a real understand that willful ignorance is getting transgender people killed. Your transgender friend is not your teachable moment – and transgender rights are not a fun debate like the ending of lost.

One of the most painful events of my life was the death of my friend Evelyn. She was transgender, and the last thing she ever said to me what she couldn’t accept a life with no dignity. That’s something I think of every day I see a transphobic joke.

TE: Do you think that the negative attitudes which foster transphobia will change in your lifetime?

BW: Not completely, no. But, I expect it to get a lot better. I expect to be where gay people are today in another 15 years. Could be more if Caitlyn Jenner doesn’t check her privilege.

TE: Do you think Caitlyn Jenner is bad for trans people?

BW: I don’t know a single transgender person that isn’t extremely frustrated with her. Obviously there is a recognition and respect of gender identity, but so many of the things she says are extremely harmful to the vast vast majority of transgender people.

I realize she’s discovering who she is on a very public stage, but her views on the transgender experience and womanhood are extremely privileged and shallow. I hope she’ll be a more positive public figure in a decade than she is today.

TE: Who do you think would be a better role-model for the media to focus on?

BW: Literally, anyone else.

BW: My friend Katherine Cross is one of the people I most respect in the entire world. I think Laura Kate Dale is doing excellent work for Destructoid. My friend Crystal Frasier is one of the smartest, gutsiest women I know. Any of these women has 1000 times the depth and perspective of Jenner. We need more positive stories like theirs in the media.

TE: Just one last question: If you could convey one thought to the world, what would it be?

BW: We’re in a very interesting period of human history, where most of our societal conflicts seem to be around privilege. Transgender rights, wealth distribution, equality for women – all of these things are about correcting legacy debt of privilege.

I think we face a very interesting question right now. Is mankind going to stay as we are? Reflexively cruel and mean to any group we treat poorly in ways we’d rather not think about? Or are we going to evolve as a species? I honestly don’t know what the answer will be. But I know I have to try to get there.

One of the events that shaped me the most in my life was the suicide of my friend Evelyn. I realize that if I don’t speak up and do what I can to get cisgender people to respect transgender people, there will be more Evelyns. It’s really important that feminist figures step in up for our transgender sisters.

TE: Excellent! Thank you for taking your time to speak with us today.

BW: It’s my pleasure. I love what you do.